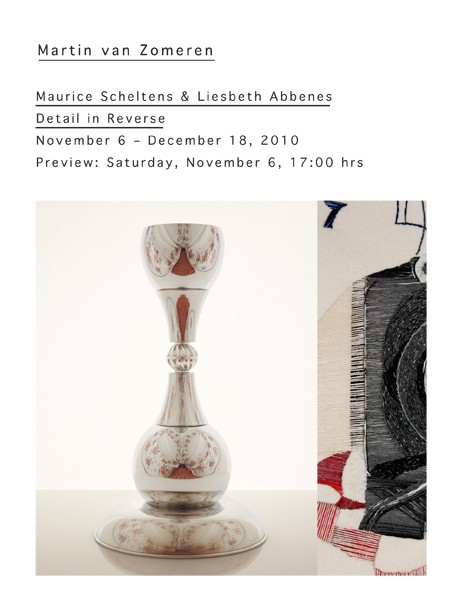 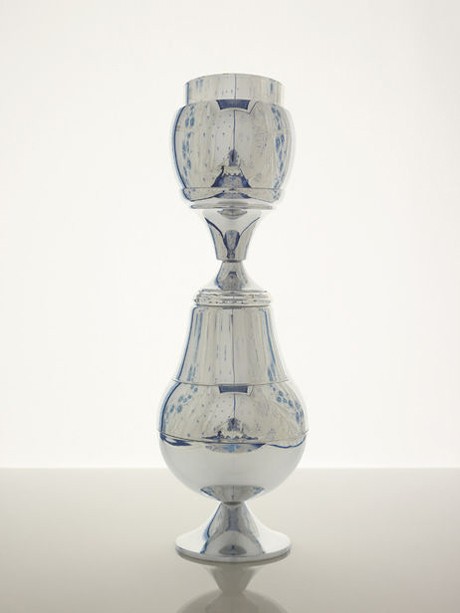 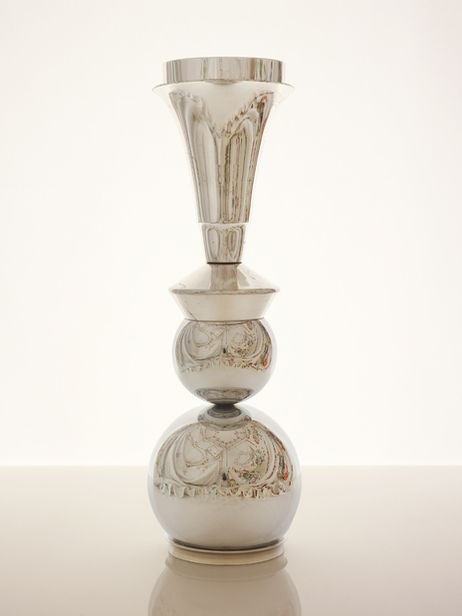 There are just a few visual artists in the world who approach their work as alchemists and yet are not dismissed out of hand as charlatans. The basic principle from which they must uphold is a simple one — to take inferior materials and glean precious metals from them. If we apply this idea specifically to Scheltens and Abbenes — who work in the immaterial process of photography — it means creating something from nothing. Their particular recipe requires considerable precision and consists of two important ingredients.

First, in creating their still lifes, the photographers must arrange entire sets for the sole purpose of obtaining the best possible image from a specific, photographic point of view. It means that these well-considered, carefully staged installations have no other viable or applicable relevance outside of the sphere of this particular ‘photo opportunity’. What is left following the photo shoot for the series Detail in Reverse is a cubic tent consisting of a frame around which they have draped — with utmost care — table linen. The inside is an ever-changing assemblage of reflective goblets which mirror the different homemade table cloths, each one carefully embroidered.

Second, they assemble these creations from relatively worthless material, although their photographic representation can initially fool the viewer into believing that these are high-quality handicrafts. What appears at first sight to be exuberantly ornamented vase-balusters in the style of rare Delft Blue museum pieces are in fact stacked goblets made of cheap, reflective plastic and tin. And the finely hand-painted floral motifs and decorative embellishments turn out to be a reflection of the most common household draperies. For the series Hidden Objects they have created a similar application — a blue rubbish bag turning on a 331/3 rpm turntable. The patient eye of the camera performs a beautiful metamorphosis, and a rubbish bag is transformed into a precious vase.

In this way Scheltens and Abbenes play with the provocative abilities that photography possesses to create illusions. After all, anything created solely for the camera is a projection. If the various props used here appear to be of great monetary value — while in fact being nearly worthless — the viewer will come away deceived.

But it is up to the viewer to explore his own projections and transform his own disillusion into an analytic quest for the true nature of the photographic semblance portrayed in Detail in Reverse. To this end, the artists really offer more than enough clues in the form of tapestries which bring optical illusion and the reversal of handicraft as a counterpoint to the fore. In point of fact the secret encased in the images does not lie so much in seductive aesthetics as in their traceability back to the photographic process. So, in the reflection of each independent vase-baluster, the lens can be seen to function as a valve into which the spirit of each photographic image is blown. But, as soon as the photo has been taken the valve can open again, allowing the entire set to empty itself, like some balloon. The image however has been captured and can never escape.

In this sense, the photographed vases and the thematically associated tapestries become monumental castles in the air, with major overtones of the vanitas. The fact that this involves an extremely unstable and short-lived photographic momentum forces the viewer to realise that, with the right supervision and strict direction, a sustained and costly but false beauty can be distilled from worthless materials. It is here that the true nature of the modern alchemist is manifest. 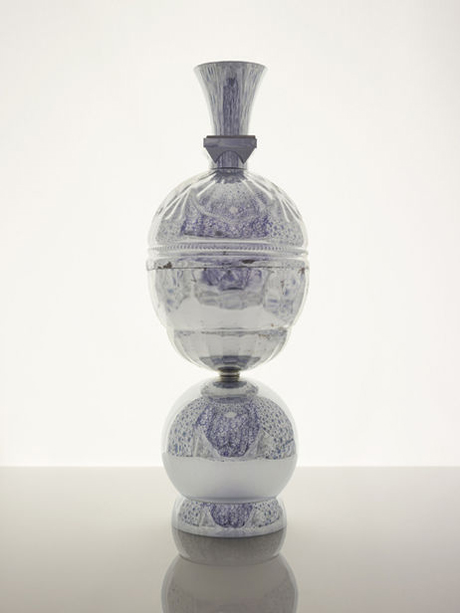 Kategorien: exhibition, we like that
Schlagwörter: Ausstellung, Fotografie, Still